Veterinarians Near Me Alpharetta, GA 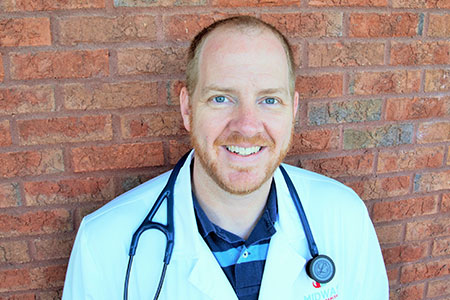 Dr. Charles Lobeck was raised in Topeka, Kansas. He received his undergraduate degree from the University of Kansas in 2001. After starting his career in advertising and marketing, he decided to pursue his true passion. In 2008, Dr. Lobeck received his Doctorate of Veterinary Medicine from the University of Georgia. Since graduating he has continued to focus specifically on dogs and cats. Dr. Lobeck especially enjoys wellness care and helping new pet parents with their new puppies and kittens.

Dr. Lobeck and his wife have three children, a dog named Ace and a cat named Batman. When he is not at the hospital, Dr. Lobeck enjoys traveling, trying new restaurants and cheering on the Kansas Jayhawks and the Georgia Bulldogs. 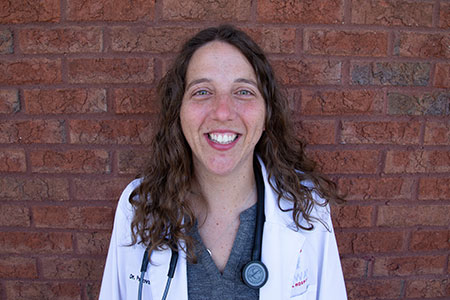 Dr. Meredith Stallings-Pavlovsky was born in Kansas and grew up in Blairsville, Georgia where she spent a lot of time outdoors with her siblings. From a young age, she had a love for animals of all shapes and sizes. In high school, her father introduced her to the local veterinarian in Ellijay to collect research information for her science fair project. After she stepped in the door of that veterinary clinic, she knew it was exactly where she belonged. She worked there through high school and the first two years of college. Dr. Pavlovsky received her Bachelors in Science along with her Masters in Art of Teaching from Georgia College and State University. She was accepted to the University of Georgia College Of Veterinary Medicine, where she earned her doctorate degree with an interest in mixed animal medicine. Dr. Pavlovsky started working at Midway Animal Hospital in 2011. Her goal was to one day own her own clinic. In 2017, she was so thrilled to purchase Midway Animal Hospital with her great friend and colleague, Dr. Charles Lobeck.

Dr. Pavlovsky has many interests within the wide gamut of veterinary medicine but especially enjoys getting to know the patients and clients who come under her care and following them along their journey. She is married and has two daughter. In her free time, she likes staying active, traveling, reading, as well as spending time with her family, friends and pets.

Dr. Kristie Bard was born in Connecticut and, has spent most of the last fifteen years in the Atlanta area. She received a Bachelor’s degree in Biology and a Doctorate in Veterinary Medicine from the University of California at Davis. She, her husband and son have several pets which include their dogs, Bella and Thor, plus three cockatiels and several fish. 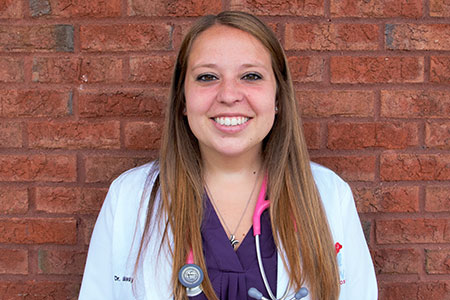 Dr. Austin Callaway is a native of Alpharetta, Georgia. She attended the University of Georgia where she earned a Bachelor’s degree in animal science in 2011 and a Doctor of Veterinary Medicine degree with an emphasis in small animal medicine in 2018. Her areas of interest include critical care medicine and canine/feline heart disease. In her free time, she enjoys spending time with her two dogs (Gracie and Bear), riding horses, and volunteering in the high school ministry at her church.